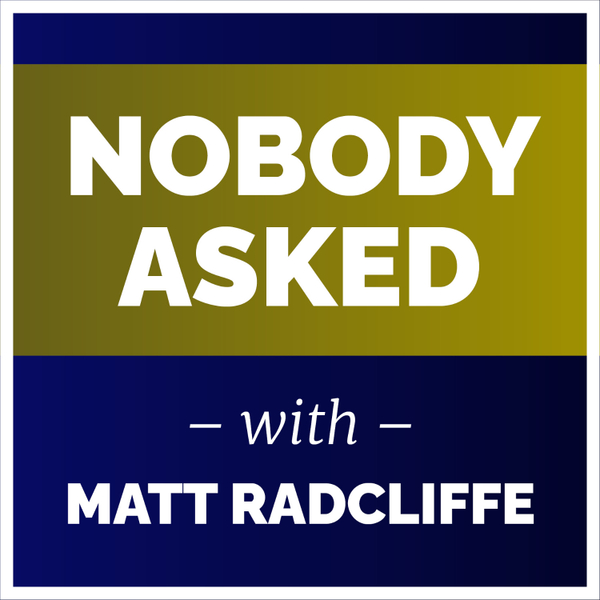 Nobody Asked with Matt Radcliffe

Nobody Asked with Matt Radcliffe

Nobody asked, but Matt's telling. Join Army Veteran Matt Radcliffe as he shares his thoughts on what's happening with Politics, Tech, Arts, and Business. He speaks from the heart and interviews smart people in a podcast about the condition of the United States.

"Nobody Asked" host Matt Radcliffe holds a Bachelor’s Degree in Business Administration from the University of Colorado. He is originally from Honolulu, Hawaii, but grew up in California, New Jersey, and mostly Texas. He joined the Army in 2004 and served in the Military Police Corps. He deployed twice to Iraq and earned an Army Commendation Medal with Valor and a Bronze Star Medal. He now works as a Digital Marketing Strategist for public and nonprofit organizations.